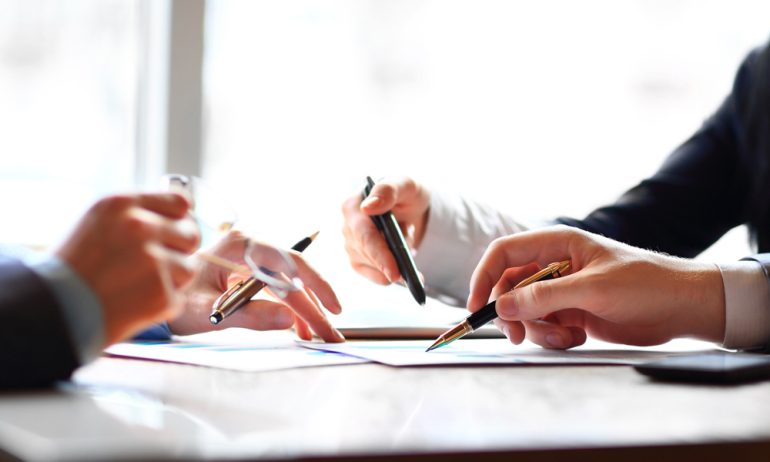 Executive compensation packages: What should you focus on to attract top talent?

Compensation and benefits packages for new hires are generally mixed bags of the usual fare, including a base salary range that’s competitive, health benefits, an employer-matching retirement plan, and other must-haves; attention-getters like unlimited PTO, relaxed policies about flex time, onsite yoga or other workouts paid for by management; and the trendy perks-of-the-moment like beer fridges and free lunches. A combination of all of the above is usually the standard when hiring most employees. It’s a delicate dance of seeing what the competition is offering and going one better, all in an effort to lure the best and brightest into your fold.

But when you’re hiring executives, all of those must-haves, benefits and perks are just the beginning. Crafting a strong compensation package for your C-suite goes well beyond base pay, access to that beer fridge or keys to the executive washroom. It’s about long- and short-term incentives, stocks, pre-negotiated severance (the infamous golden parachute — more on that later), and other aspects you might not have considered, especially if you’re a startup company that is populating its C-suite for the first time.

According to the Society for Human Resource Management (SHRM), the latest trends in executive compensation include more performance incentives and less grandiose packages. Let’s look a bit deeper at those.

Pay-for-performance incentives. Linking executive bonuses to things like company income, profit and cash flow are critical components of your corporate success strategy. These types of short-term incentives generally come in the form of yearly or even quarterly bonuses that are tied to company performance. It’s about setting goals and achieving those goals. Your mind may go right to financial goals, and that certainly is the largest part of this type of incentive. But there are other aspects that could enter into short-term goals, including things specific to your business, like safety or even innovation.

Long-term incentives. This category is a bit more complicated than pay-for-performance incentives. Long-term incentives, like stock and stock options, part ownership of the company, and other equity-based options, are intended to help drive long-term company strategies and goals that may take several years to come to fruition. These types of incentives also serve as a powerful carrot for C-suite execs to stay with the company; executive retention is critical to stability and even the bottom line. Time vesting can also come into play with this type of incentive, requiring the executive to be with the company a certain number of years before being eligible to receive the benefits. According to SHRM, long-term incentives like stock options now make up 61% of total compensation.

Less grandiose packages. Executive compensation, specifically the public outrage and bad press that results from the disparity between what the top tier earns compared to the average employee’s salary, crops up in the news regularly. (We’re looking at you, Disney.) Another headline grabber is the aforementioned golden parachute, with which top execs float away from their companies, sometimes after scandals, to live in cushy retirement bliss via their enormous severance packages. Not only does the public disapprove, but shareholders aren’t too crazy about it, either. Savvy companies are weighing the powerful lure of grandiose severance packages when hiring top execs against the bad press and shareholder backlash when things go south.

Ultimately, the structure of your executive compensation package needs to be carefully thought out and crafted before the hiring process begins. And remember, it is also a powerful tool to retain the people you want to lead your company into the future. If you’re interested in learning more, contact us. We’ll be happy to help.

What is an executive search firm?

Spread the loveAn executive search firm is a team of recruiting experts who are able to locate high-...

Spread the loveYou’ve done all the right things. You’ve planned your next three executive level hire...

Spread the loveFew things are more important to a company than making the right hires, but when we...

Spread the loveBringing a new executive onto your team can be both an exhausting and exhilarating pr...